Erran Morad teaches Jason Spencer, a Republican state representative from Georgia, how to detect and repel terrorists. This includes taking pictures up a woman’s burqua with a selfie stick, walking backwards while baring his buttocks, and yelling racial epithets. Gio Monaldo travels to Los Angeles to have Corinne Olympios endorse his charity that helps those infected with ebola in Africa. Olympios agrees to being photoshopped into a photo of aid workers and appearing on camera claiming that she had been in Africa personally helping with relief efforts. She also appears on camera endorsing a program to help fund the training of child soldiers. Billy Wayne Ruddick Jr., PhD engages in a debate with Ted Koppel over the difference in attendance between the inauguration of President Obama and that of President Trump. Morad interviews former U.S. Vice-President Dick Cheney who agrees to autograph Morad’s waterboarding kit. Dr. Nira Cain-N’Degeocello travels to Kingman, Arizona, where he gives a presentation to a town hall meeting of local people. He informs them of a potential financial investment in their community through the construction of the world’s largest mosque outside of the Middle East. 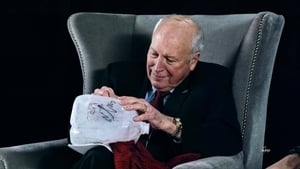 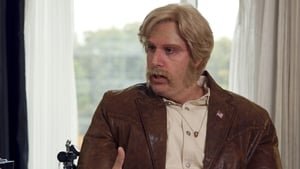