At the bus stop, Mr Bean tries his best to revive a heart attack victim before using an ambulance to jump-start his own mini-car. Later, when posting a letter, he loses his only stamp, but that doesn’t stop him from sending his letter on its way. Whilst preparing for his holiday, Mr Bean demonstrates a novel (if not entirely efficient) method of packing, then disposes of a bothersome train passenger, and tries to entertain an airsick boy during a plane flight. 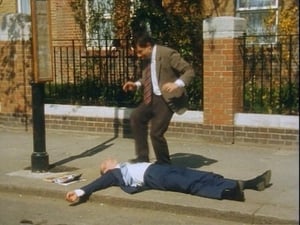