Mr. Monk and the Other Detective

While Monk is immobilized by the presence of dog poo at a crime scene, slovenly private eye Marty Eels steps in, using the dog poo (and the dog) as clues in the murder of a security guard, the robbery of a jewelry store, and the disappearance of the store owner, Harold Gumbal. With Monk tailing helplessly behind, muttering “”He’s cheating”” and “”That’s impossible,”” Eels locates the stolen jewels, Gumbal’s car, and Gumbal’s body. Using Gumbal’s watch as a clue, he determines the identity of one of the killers, who is then arrested and interrogated. Just as Eels is becoming a local celebrity, with Monk as “”yesterday’s news,”” Monk figures out Eels’ secret and confronts him. Eels challenges him to prove it, but moments later, he runs after Monk begging for his help: the killer who’s still at large wants the jewels back and is holding Eels’ mother hostage. The shoe is on the other foot, and Monk must figure out where Mrs. Eels is and why she must be rescued before 8:20. 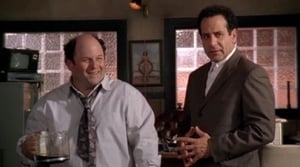